STEVE GARBE developed the SPG Bullet Lubricant formula in 1983 for his own use. His goal was a bullet lubricant that would work in all cast bullet firearms at all temperatures. More than 200 hundred different formulas were tested over a three-year period, identifying successful ingredients and techniques for lubricant preparation. The final formula was tested in a variety of cast bullet firearms, using black and smokeless powder and under a wide range of temperatures to assure that SPG Lube was indeed an all-purpose, all temperature cast bullet lubricant.

A short time later, he became acquainted with Mike 'Duke' Venturino. Mike was having trouble getting his black powder breech-loaders to shoot accurately, so Steve shared some of his bullet lubricant. The results were so positive that Mike encouraged Steve to put the lubricant on the market. A partnership between Mike and Steve was formed and SPG All-Purpose Bullet Lubricant was a reality, marketed to cast bullet shooters worldwide. It quickly became t bullet lubricant of choice among black powder cartridge rifle shooters, especially in the fast-growing sport of Black Powder Cartridge Silhouette. It remains to this day the most popular bullet lubricant in black powder circles because of its unique ability to soften powder fouling and substantially improve accuracy. SPG Bullet Lubricant has been used by more top shooters to win more matches than any other cast bullet lubricant on the market. 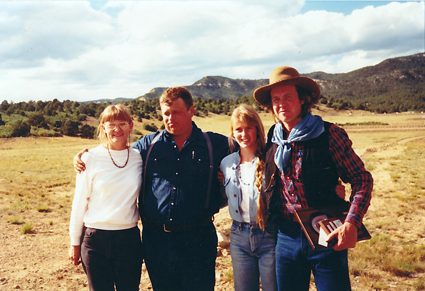 In 1992 Steve and Mike decided that a reloading manual specifically for black powder cartridges was needed because of the influx of new shooters to the sport. Combining their experiences and load data, Steve and Mike published the "SPG Lubricants Black Powder Reloading Primer." The Primer assumes that the reader knows how to do basic cartridge reloading but does not know the special techniques for successful black powder cartridge reloading. The manual gives a general black powder reloading overview, specific starter loads and component recommendations for 22 of the most popular black powder cartridges and down-range ballistics for typical bullets in each caliber. The Black Powder Reloading Primer has become the ‘bible’ for beginning black powder shooters and remains the basic reference work on the topic.

In 1993 Mike and Steve also recognized the need for a magazine dealing exclusively with the topic of accurate black powder shooting. Newsstand magazines only touched briefly on the topic, so the Black Powder Cartridge magazine was started and was an immediate success. Edited by Steve and his lovely, slim, fit, world-traveled and witty wife Sheryll, the magazine has a common-sense approach to present-day black powder cartridge shooting. Contributing writers are all active in their respective shooting disciplines such as Silhouette, Long Range, Schuetzen and Cowboy Action. The BPC magazine is a forum for discussion among active shooters and also provides as a clearinghouse for upcoming matches and match results. Published now in Prescott Arizona, the Black Powder Cartridge magazine is one of the main voices in the sport of black powder shooting.

Over the years SPG products have stood for accurate black powder shooting and that remains our focus today.